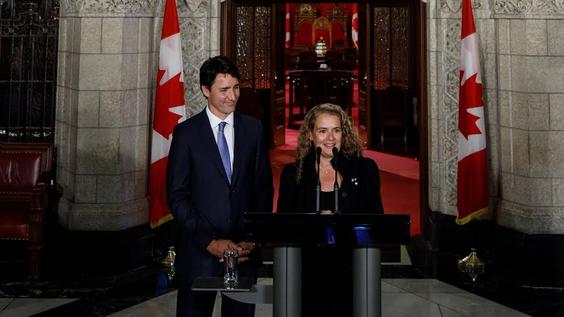 The Governor General spent $250 thousand in taxpayer money trying to hide herself from plebsThe Governor General Julie Payette has been facing intense pressure after allegations emerged a few weeks ago that she had been bullying staff.thepostmillennial.com 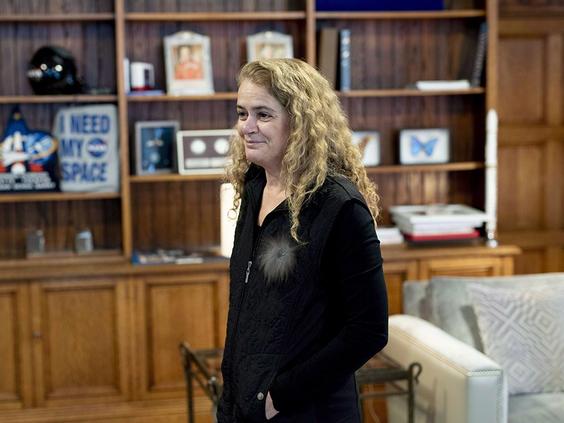 Egan: Rideau Hall without a resident GG — an affront to history? | Ottawa CitizenOh Canada, how we stand on guard, with the lights on and nobody home.ottawacitizen.com 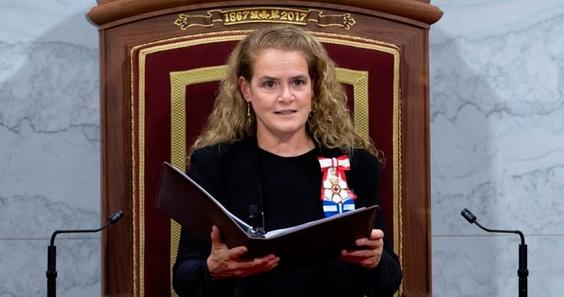 I’ve been saying it a while, before the current position occupier.

I think I have to draft a correspondance, eh

Posted on November 27, 2019by dykewriter

Now, as she watched Clint Eastwood blasting off in the movie Space Cowboys, she realized that they were using the footage from her own launch. “What would you do if I stood up in the movie theatre and said, ‘I’m … Continue reading →

Of Rulers and Proxy GovGens, eh

Posted on October 1, 2019by dykewriter

Dave Batha day ago It appears the Queen has been looking into her reserve powers, and whether or not she can sack Boris.https://www.scotsman.com/news/queen-sought-advice-on-sacking-prime-minister-source-claims-1-5013774 Queen ‘sought advice’ on sacking Prime Minister, source claims – The ScotsmanThe monarch reportedly asked aides for … Continue reading →

Posted on August 4, 2019by dykewriter

today I went to the Vancouver Pride Parade all by myself and took this picture. I ended up not watching the parade. I followed the Prime Minister and went to the festival end to see if I could get a … Continue reading →

Originally posted on Nina’s Soap Bubble Box:
I’ve been going through some old files and I found this letter from 1999 to CBC radio on the issue of The Canada Census including a sexual orientation question. (which they still…

Only In Canada, eh. Pity

Posted on February 18, 2019by dykewriter

nope, they are placeholder words mostly https://www.cbc.ca/news/world/profanity-neil-macdonald-1.3406290 No, Morals are personal. government has to be evidence driven, Dear Evil Chipmunk Keep your crappy morality to yourself. Definitely include a section on Quebecois cusses which are based on blasphemy — wikipedia … Continue reading →

Posted on February 1, 2019by dykewriter

a machine with buttons and dials that did nothing Canada’s population depends on immigration, otherwise, we are below replacement rate Ellen Page Chokes Up Talking LGBTQ Rights, Canadian Enviro Crises

Posted on January 7, 2019by dykewriter

Posted on December 12, 2018by dykewriter

The Canada and USA: 49th Parallel the Border, eh

Posted on December 30, 2018by dykewriter

Originally shared by High standardsOh. Puhlease! Talk about cherrypicking!Not that I don’t feel badly for the officer and wish him well…but using this *one incident to justify anything more than more and better scrutiny and better equipment for each officer? … Continue reading →

December 6: Off all the days to be let down by the Governor General, eh

Posted on December 6, 2018by dykewriter

O Canada, on the anniversary of one of our darkest days https://www.insideottawavalley.com/news-story/7978294-montreal-massacre-29-years-later-say-their-names-remember-take-action-/ On December 6 every year, Canadians remember the 14 women killed for being women at the Ecole Polytechnique in Montreal on that day in 1989. Nearly 30 years … Continue reading →

Queen Victoria Day, The People Are Not Amused

Happy Colonialism Day in Canada, a former Commonwealth Colony Africa… as in Out Of, eh? as  national idea, we’re a year younger than street lights and since 1985, we’ve been our own nation retaining a figurehead GG Queen. Brains: Our Bodies, Ourselves … Continue reading →

Amazon could be worth more than $2 trillion in 2024, MKM says cnbc.com Nina K Tryggvason Amazon has quietly made rights for and acceptance of gay and transgender people part of its criteria in choosing a second headquarters, according to … Continue reading →

Posted on November 30, 2017by dykewriter

2017, and I used to spend Canada Day handing out Canada flags at a mall   instead, I am working on human rights complaints         An American in Canada: Why I took the citizenship plunge: Becoming a … Continue reading →

During the 1990s, the retail phase of my Career; I worked at a photocopy/print shop. We had three copy machines of varying capacity and an Offset Printing Press with production equipment – PMT – Photo Mechanical Transfer machine that imaged … Continue reading

Again with the O Canada

Why Andrew Scheer wants to put national flags on gas pumps  because putting flags on gas pumps is more important than  Measures Canada making sure the pumps are accurate?  Which, those stickers have Canada flags on them Inspections – Measurement … Continue reading →

Mind the gap, eh? http://globalnews.ca/news/3356544/apology-to-gay-lesbian-canadians-kicked-out-of-public-service-military-coming-by-2019/ Apology to gay, lesbian Canadians kicked out of public service, military coming by 2019 Apology and compensation AND apply the existing #(&#$)#& workplace laws; sorry.. this is my former employer eh Meanwhile in the Provincial … Continue reading →

She Blinded Them With Science 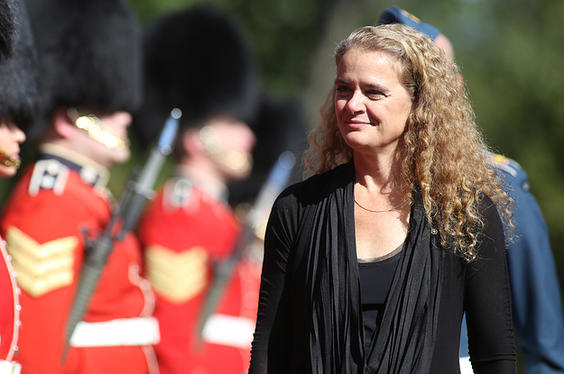 Why is Consumerism a Statutory Holiday?

Posted on December 27, 2016by dykewriter

Canada has some thinking to do about what kind of nation we are;  now that we’ve discovered that we have an international reputation, eh? We have said that we are a mosaic, a multicultural nation. So why are one religion’s … Continue reading →

Posted on October 6, 2016by dykewriter

I’ve heard the words now, three times over broadcast tv. Bill C-51 prevents my commenting and even if I could I am not sure that I have words. The Power of Secretary aka Administrative Assistance   LGBTIQ public servants demand apology … Continue reading →

Posted on November 25, 2015by dykewriter

Queen Elizabeth 2.0 of England et al welcomes Prime Minister Trudeau 2.0 from Canada. Why does the Queen need a purse in her own sitting room in her house? it’s a weird distraction. Royalty were once dictators and then Magna … Continue reading →

The GG’s office has already proven entirely ceremonial and needless cost. The moment for relevance of that office was either of the 2 elections before. Too late to the Party now. https://dykewriter.wordpress.com/2014/11/05/o-canada-can-we-talk-about-the-governor-general/   If Monday’s election fails to deliver a … Continue reading →

In Canada The Queen is GG

The Governor-General: current and the 2 previous: Governor General could be called upon to play crucial role in election outcome The GG’s office has already proven entirely ceremonial and needless cost. The moment for relevance of that office was either of … Continue reading →

Posted on September 24, 2015by dykewriter

Didn’t he create a 4 year fixed election law and broke it? Didn;t the supreme court rule that the previous election was fraudulent? Why didn’t the Governor General do anything? what is the point of a figurehead rep of the … Continue reading →

Posted on November 4, 2015by dykewriter

Posted on September 11, 2015by dykewriter

Since I am scared to write new words on this topic, post C-51 and other legalease; please enjoy the following reprints from my previous blog: Public Service and Taxpayers Posted on March 6, 2010 With the Harper government’s new budget, comes … Continue reading →

Posted on November 5, 2014by dykewriter

We spend a lot of money Federally and Provincially to duplicate  Figurehead Monarch. Who, let’s face it, if we needed her opinion, we could phone.   The GG’s office has failed during the current and previous parliament terms.   Last … Continue reading →

Posted on September 10, 2014by dykewriter

There is a tweet about Harper selecting a shipwreck as the symbol of his leadership.   1st term he cancelled the Charter Challenge program removed equality from the Status of Women (reduced that department from 17 offices … Continue reading →

From the UN to the Earth Federation

Text to copy and paste or use your own wording: Dear PM Harper – Nina Tryggvason would make a better Prime Minister than you. She was bullied out of the Federal Government of Canada for being a lesbian and an … Continue reading →

My last blog about my experience of being bullied

Now – I have reached a point in my recovery – wherein talking about having been bullied – is impairing my recovery process from attaining the next level. Now, I met a woman in 1994 and we have spent the … Continue reading →

The Emperor Has No Clothes

The social contract between government and taxpayers…..

Now – DEAR READERS – you all know that I am an Elvis fan and a Canadian at the same time. I wanted to show you all – what I have been doing – to help me recover from being … Continue reading →

Need to be told

Winston Blackmore, Canada’s most famous polygamist, will be defending his marriages not in criminal court, but in tax court in January, 2012. In a way, Canada has gone after Blackmore the same way that Chicago went after Al Capone – … Continue reading →

Toronto Councillor Giorgio Mammoliti filmed this year’s annual Dyke March to make sure that there were no political messages being displayed, and not to just film dykes or any, in his words “creepy reason.” The councilor assures that “After reviewing … Continue reading →

An Evergreen Guide for Undecided Voters

I never understood what an “undecided” voter was. As a child, I didn’t understand how the grown up who got to vote, wouldn’t already know how they were voting – when they seemed to know everything else. It was unsettling … Continue reading →

The salary of a Public Service employee, whether they are federal, provincial or municipal, is not a gift from you to us.

We work for our salary the same as anyone else. We pay taxes and are consumers, same as you. And, we pay into benefit and pension plans – like some other people do. Continue reading →

What’s a pension worth?

I never planned to talk about my job online, but something’s come up that I cannot ignore. Bad enough the “surplus” in the Public Service Employee pension was sucked out in 1998  – this surplus was owing to investments that … Continue reading →

The Power of Secretary aka Administrative Assistance

Note to Self: Memes and Memages

this blog has ended. thank you eh

Posted on December 7, 2019by dykewriter

Owing to my recent discovery that the family I fled from is lurking. this is the final post This Post is a Test of Law In Canada but that is the most important one. eh. O Canada? can we talk about … Continue reading →