The Governors and The Governed: News Aversion

funny how there’s more qualifications to work in the mailroom of a government department than to be in charge of one.
What makes Saturday’s lock-her-up rally so Trumpian is that it said more about media than reality. Dear Canadians, we’re not America Junior.
Rachel Notley’s visit to B.C. sends a strong message to Alberta: Alberta Premier’s tour makes clear that she is prepared to fight for the interests of her province – at any cost

Rachel Notley’s visit to B.C. sends a strong message to Alberta
The Globe and Mail
Alberta Premier’s tour makes clear that she is prepared to fight for the interests of her province – at any cost

Well she is an Alberta girl but her dumb ass ideology will probably win out in the end.

saw her on the news tonight, it sounded like she’s trying to convince herself.

Well Alberta was always No1 and therefore she is trying everything to get something back for survival.

Alberta’s biggest problem comes from the oil glut. It tanked the price of oil which pushed Alberta’s economy down to where it is. On top of that, there were the fires that roared through some of the oil sites. Alberta is hurt.

I don’t know much about the lady, but it seems to me that she is doing what she can to get things back on track for Alberta.

You are right, you don’t know much

Everytime NDP/Liberal policies cause economic hardship they always say it is the economy not their ideological interference in the economy. Fact is, shit happens and will
exacerbate bad government policy.

given that the NDP is doing the pipeline that the conservatives want, they have no cause to complain,

no conservative wants an f’ing carbon tax for a non-existant threat. climate change is not MAN MADE.

Ja not all is natural by global warming, there is some from us humans too what contributes to the current situation what we have on so called global warming.

climate change. some places warm, others will chill and many will be under water,

it is odd to me that people cannot understand that humans have an industrial impact, Easter Island and the Mayans are recent examples of demonstrated human over stressing resources.

When all the kings men and all the kings whores keep repeating a lie and expect it to become the truth. Guess what. It is still a lie

Irrespective of all foolishness of mankind mother nature still changes the earth despite us..

thank you, I appreciate your validation.

Half of People Believe Fake Facts

Many people are prone to ‘remembering’ events that never happened, according to new research by the University of Warwick. 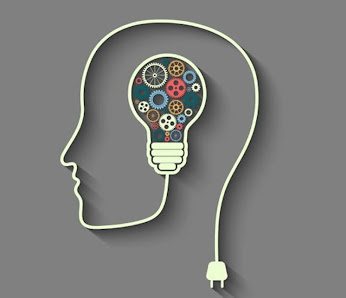 Curious if 2 siblings remembering a single event where 1 child experienced and the other witnessed would show brain activity within the same area of the brain. Going further – 2 subjects watching a movie scene where 1 subject has experienced the situation while the 2nd subject has not and the brain activity compared both during the scene as well as recollection of the scene.

half seems low to me. Average and those below that are the majority after all.
Industry with a lack of safety culture and cut corners for profits, cannot be trusted by The Public, they work for shareholders.
Oil Pipeline Shut Down After Spill, Just 200 Miles From Standing Rock

1 Response to The Governors and The Governed: News Aversion