Lezflirt: Priming the Pump with Florals

Give us this day; June 07, Our Daily Elvis 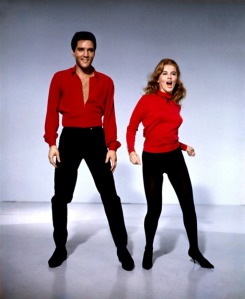 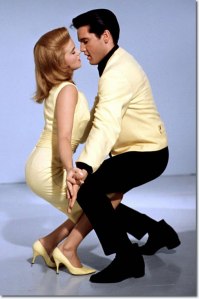 1967
For Ann-Margret’s opening in Vegas; Elvis sent a guitar-shaped flower arrangement, something he would do for every one of her Vegas openings until his death in 1977.

Elvis meanwhile had Priscilla stashed at Graceland and while Elvis could sorta convince her it was just movie publicity – that was not going to wash with her AirForce Father.

Women like flowers, it shows you care, pay attention and think about them.

Think of it as a small investment to negate and reduce nagging if you have to.

Failed McDonald’s Proposal Ends With Less-Than-Happy Meal
What’s the opposite of a Happy Meal? This McDonald’s marriage proposal, served between two buns, which ended with an unfortunate rejection. “I’m… huffingtonpost.com
Romantic, not clever, not comedy, not sports spectacular – imagine her at 8 or 12, the age most girls get snagged into the teenager/yound adult one wedding into marriage myth.

This entry was posted in Lezflirt and tagged buy the flowers, Elvis and Ann Margaret, flowers, marriage proposals, romance, romance not clever, romance not comedy. Bookmark the permalink.

3 Responses to Lezflirt: Priming the Pump with Florals