Education in the Internet Age

Traditional Christian values have long underpinned popular children’s books such as The Chronicles of Narnia.

But now Richard Dawkins wants to give youngsters a different perspective with a new book – Atheism for Children.

The outspoken scientist, 77, hopes it will stop the ‘religious indoctrination of children’ by schools and family members.

Read the rest by clicking below.
http://www.dailymail.co.uk/news/article-6088727/Richard-Dawkins-77-hopes-new-atheism-book-children-stop-religious-indoctrination.html 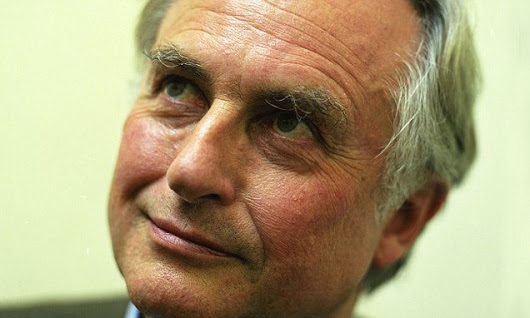 Karlheinz Agsteiner+1
In science, Nothing happens magically. Unlike in Christianity which is all about magic.
Sven Carstens
BTW, where did god come from?
Spencer Johnson Backup Account
+Sven Carstens God has no beginning, and will have no end. He has always existed and always will. The Bible says, “The lord is the everlasting God, the creator of the ends of the earth”.
Nina K Tryggvason
+Sven Carstens it was what was left when the pantheons, a god for everything, was downsized in monothesim, a reduction to a god of everything, and why the trinity of god, ghost and son did not work, it was a poor adaption of the maid, mother and crone motif from pantheons.
Spencer Johnson Backup Account
So you are telling me that in the beginning, there was nothing and then it exploded? Like what kind of theory is that?
Nina K Tryggvason
it is not even a hypothesis.
Godbots are promoting the bronze age on the internet, they think they will be the godbot who wins the word game that no other one ever has. they don’t even understand how zero academic standards religious “scholarship” has, by their own apologetics admission
Tom Vardin
In trying to comprehend it all, one must be capable of extrapolating difficult concepts, from the sublime to the ridiculous… The only thing more preposterous than theism is atheism.
Nina K Tryggvason
pascal’s wager was drunk math that failed to have a complete dataset of possible religions. they are all untrue and share the same zero evidence.
Renze de Ruiter+2
According to science, the answer to what existed before the expansion of the universe is “we don’t know.” Science has never claimed that there was “nothing” in the first place. You are using a strawman fallacy. Your whole meme is based on religious lies.
Spencer Johnson Backup Account
first of all, your beliefs are illogical and not based on evidence. How do you think the universe was created? Randomly? How do you believe matter can develop (Immaterial) consciousness.
Renze de Ruiter+2

I have no beliefs. The big bang theory is the best explanation based on all available evidence. When new evidence comes to light, the theory will adapt. As to what existed before the expansion of the universe, the intellectually honest answer is “we don’t know.” I will not claim to know something I cannot possibly know. Only theists do that.

Now, how about answering my questions instead of dodging?

Consciousness is not immaterial. It relies on a brain and cannot exist separately from that brain.
Nina K Tryggvason
+Renze de Ruiter until the internet becomes self aware and given what humans have put on it, science fiction has all kinds of potential outcomes, eh?
Alex Childress+3
This meme not only fails logically, it also fails as attempted satire, and as humor.
Spencer Johnson Backup Account
okay just clarifying that you guys don’t know what to belief. Oh and if you say the big bang theory is the best explanation, why don’t you believe it?
Nina K Tryggvason
you are confusing believe/faith based in absence of evidence with believe/accept based in direct observation and academic and actual evidence.. that is foolish word games, which is where your entire religion stance falls down. pseudo profundity

yes, it does. iflscience.com – Scientists Show That The Universe Needed A Bang

+Spencer Johnson Backup Account You said “everything that exist was caused to exist;” OK then that immediately destroys your “god always existed” argument.

Oh and with the others. Atheisms is lack of belief in god/gods absolutely nowhere is the big bang mentioned.

Nina K Tryggvason+1
+rogerden roger there you go, being all factual and reasonable.
Richard Mudge+1
Atheism, is not a belief at all! It is simply the lack of sufficient evidence to prove a god or gods exist.
Nina K Tryggvason
+Richard Mudge that too, I tell people it’s just the moment when religion passes, it should not have to be part of my identity, but rather just the deity specific part of the more general skeptical my worldview frame, and critical thinking relationship with reality, eh. however, I am done with people of all faiths thinking my and anyone’s lack of one makes us unethical or immoral, when atheists are under-presented in prison and crime stats, and prisons issue Jesus based parole.
Richard Mudge+1
Nina, precisely!
Nina K Tryggvason
+Richard Mudge it is so pleasant to talk to someone else instead of fending off godbottery, eh.

Richard Mudge+1
+Nina K Tryggvason I know the feeling! I have been dealing with it my whole life
Nina K Tryggvason
+Richard Mudge yes, and then we got the internet and for a while, in web 1.0 when it was just geeks then web 2.0 and everyone we went online to get away got computers dumbed down into obsolete before the end of the conveyor belt ewaste. welcome to web 3.0 eh.
Richard Mudge+1
It does seem the more knowledge we can access, the dumber (ignorant) people get! I think the humanity aspect has been changed, due to the lack of personal contact.