The Dutch council of state has ruled that Pastafarianism is not a religion, denying a follower of the Church of the Flying Spaghetti Monster the right to wear a colander on her head in her passport and driving licence photo.

Mienke de Wilde is now considering taking her case to the European court of human rights.

Read the rest by clicking below.
https://www.theguardian.com/world/2018/aug/16/pastafarianism-is-not-a-religion-dutch-court-rules?CMP=fb_gu 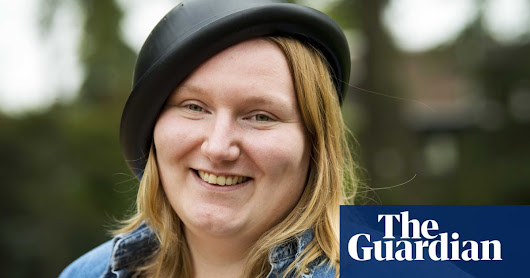 ANN Atheist News NetworkModerator+1
Back in January 2016, Pastafarianism was established as a legally recognized Dutch religion. I’m not sure why this happened now.
Charles-A Rovira+1
It’s no stupider a source for suspension of disbelief as any other religion.

nathan mckenzie
+Charles-A Rovira true, but it’s way fucking cooler. I mean who else’s heaven has a beer volcano and stripper factory
Nina K Tryggvason
I lost track of the various driver license strainer challengers there were. its still a legal religion in America and other nations, they did not do well in Canada
harles-A Rovira
+Nina K Tryggvason Canadians are too polite to respond to these kinds of insults on their intelligence
Nina K Tryggvason

+Charles-A Rovira I almost did it myself but didn’t because I thought the government would issue it but then any police would take umbrage at it, so I waited and then someone else in my city did it first vancouversun.com – Pastafarian’s fight with ICBC comes to a boil (with video)

religion is an insult to intelligence, and it is what drives the anti art and anti science and lacks a sense of humor and perspective, which should make people understand it as the mental illness it is, it meets the diagnostic manual’s definition and meaning of delusional.
In fact, Pastafarianism is an officially recognized religion in three countries—first in Poland, where it became an officially registered religious community in 2014 thanks to a legal technicality, then in the Netherlands this past January. And just this weekend, New Zealand recognized the first legally-binding Pastafarian wedding, officiated by “minestroni” Karen Martyn.
atlasobscura.com – Pastafarianism is Not a Legally Recognized Religion in the U.S. – Atlas Obscura

may everyone be touched by the noodley appendage RAmen

the war on christmas, eh

A blogdex of Very Special Posts, newest to oldest

Coatless Canadians back from Alaska

Coatless Canadians at the Glacier

Coatless Canadians in the Inside Passage (Photos: Orca Whales)

Coatless Canadians back in Canada