Posted on November 3, 2017 by dykewriter

Yesterday, the Vehicle was left with Canadian Tire for the all seasons to winter tire exchange. There was a need to replace one of the snow tires, so instead of being a couple of hours, it took all day. And, I am not impressed with Canadian Tire.

Having dropped the vehicle off for the 10 am appointment time, we walked to the Surrey Place now City Central Mall.

Where, at noon – we learned that one of our tires had picked up a nail and was not repairable – a new one was already ordered and now we had to wait until at least 4 pm.

They had a sign on the door saying the service centre was closing at 4:30 yesterday.

So, we returned and picked up the vehicle – and had to pay at the front in a new line up and then return to the service counter for the keys awaiting proof of payment – which should have been right at that counter – rather than forcing people to walk excessively through the store filled with impulse item crap displays.

I refused to line up a third time for the keys and walked by the line holding up the invoice with the till receipt – which they used something without enough toner to properly print.

Once at the vehicle – both passenger tires had a bulge indicting low air pressure.

Today, at a gas station chain, I checked the pressure and three were under 30 psi. They had not bothered to do anything but change the tires over. They did not even check the pressure to factory specs and allowed us to drive away on improperly inflated tires on a heavy rain day; which became snow. All tires now at 40 psi. 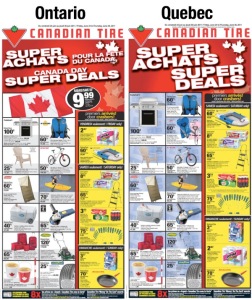 I do not like Canadian Tire and have yet to have a neutral never mind positive experience at one. At one, being refused service by the employee who was pictured on the wall as the employee of the month and at this same location, being threatened with calling the police when I tried to return windshield wipers that I had paid cash for fewer than 10 minutes previously without having to show ID and be entered into a database.

That time, I actually intentionally knocked over the post for the customer corral fence when I walked out and went to another location where I was able to return them without ID and with receipt and in an unopened package. 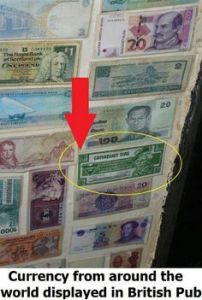 On the plus side, I had an excellent Second Cup experience, I ordered a new latte – the All Spice – and didn’t think to ask if there was syrup in it, and when I tasted it – there was.

I said “Sorry, I didn’t think to ask, but I am diabetic and I can’t have syrup.”

She offered a sugar free syrup and I explained that those are worse than sugar for anyone and also diabetics.

She took my cup, dumped it in the sink then made me a regular latte and put in just the spice mixture. It was excellent, and I thanked her.

We then had brunch at the Ricky’s, sharing one order.

It was weird to be at the Mall for primarily legal things, seeing a lawyer for notary work and the Canada Passport office.

Today, we did an outing to the storage unit to store the all-season tires and then a bit of hunt n gather at the grocery store.

Where, I had a bit of a good time.

I saw a magazine cover with the headline:

“In defense of traditional values”

and tradition is the least compelling of all the so called reasons, which are really emotional rationales

She laughed so then I switched to current events patter and how Trump might be the first US President impeached within a year and also in jail.

She laughed and the man selling the Poppies inside the store instead of the outside, snow eh.

I shifted position so I could see both of them.

I then joked that while the Dems are now busted on primary fixing; it’s too bad she didn’t win

What a better world we’da had when other nations couldn’t cope with a Women in charge of the USA Military and the dishonor of having to fight against a woman; would be very different global conditions.

Being at the Grocery Store

Shut In Stand Up: the grocery store trip

1 Response to Snow Tires and Snow