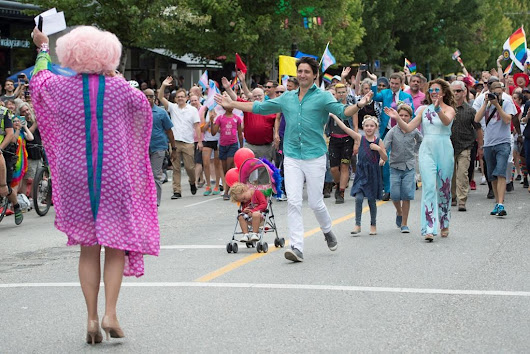 http://www.pinknews.co.uk/2017/02/17/cop-told-to-tone-down-the-gay-to-get-a-promotion/
Cop told to ‘tone down the gay’ to get a promotion
http://news.nationalpost.com/news/canada/our-pride-includes-our-police-vancouver-lgbt-activists-rally-against-black-lives-matter-plan-to-shun-cops
‘Our pride includes our police’: Vancouver LGBT activists rally against Black Lives Matter plan to shun cops not really their choice

Police agree to not participate in Pride Parade 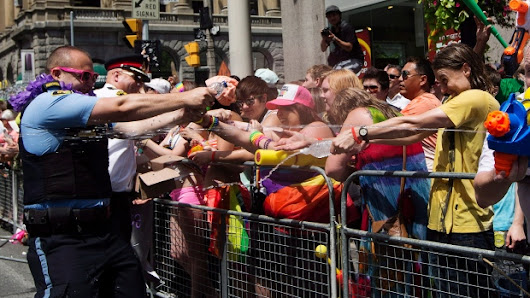 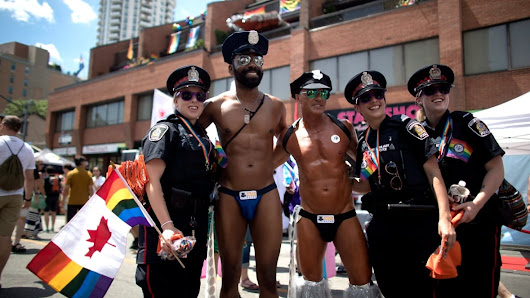 I do not wish the Vancouver Police Department to be in the Pride Parade.
They are part of why I am in Surrey and agoraphobic, however that is not why.
The Vancouver Police has not apologized for their historic and ongoing abuses of the LGBTQ community.
During my time as news editor of the Vancouver Gay and Lesbian, and later Gay, Lesbian and Bisexual Newspaper of the community, almost 2 years:
The Vancouver Police harassed Angels staff during a production weekend, claiming to have gotten a bomb threat as a pretext to make us leave the building and allow them to search the premises.
Famed Act Up Member John Kosachenko aka Ivan Ivan Ivanovich, main photographer stayed inside and photographed the police to prevent them from removing anything and more importantly, not to place anything.
They gave up after a half hour and production resumed with the breaking news story probably. I’ll have to check my back issues.
That they have a poor history of responding to hate crime reports and often would characterize them as muggings, even tho, nothing of value was taken, but a beating and sometimes a rape delivered. The cops in the math of that?

May 20, 2014 – One of the NFB’s most successful and beloved films of all time is making a comeback after years of being unavailable. Forbidden Love: The …

trying to get anything made and something actually being made and astonishment
how many of us have to save how many of you
how many times over
before being included into the society that we decorate and ensure gets better, eh?
I marched in the Vancouver Pride Parade 2 times, once for being in Angles, the other
as the first time Revenue Canada, the first Federal Department in 1999 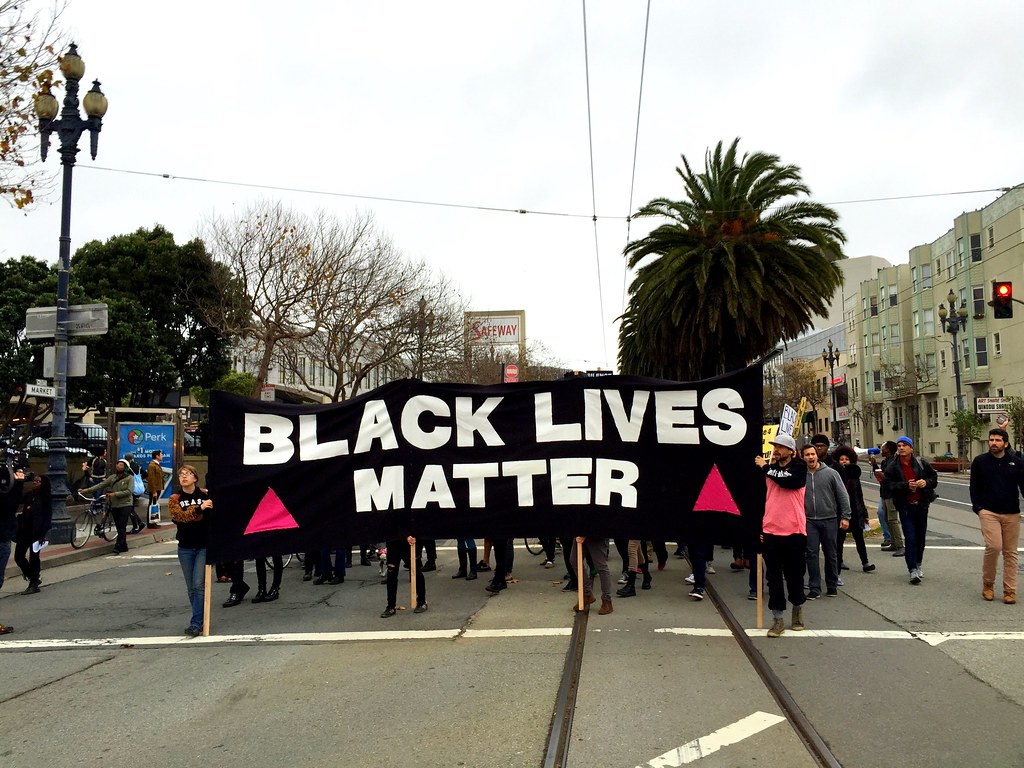 420 in Vancouver BC Canada, eh

Cops and queers – How does Winnipeg Measure up? – outwords

outwords.ca/2014/issue-march…/cops-and-queers-a-how-does-winnipeg-measure/
Complaints of contentious relations between police and queer people have been around for a long time. From bar raids to homophobic beatings, the way some …

http://www.dailyxtra.com/canada/…/ontario-queers-push-stronger-police-relations-53174
Aug 7, 2008 – The Ontario cities of London and Peterborough are following Ottawa and Edmonton’s lead by attempting to forge closer ties with police through …

http://www.dailyxtra.com/…/queers-crash-the-beat-crash-toronto-police-board-meeting-214…
Jan 26, 2017 – LGBT HIV activists crashed the Toronto police board meeting after a local cop was caught on camera saying “He’s going to spit in your face, …

May 17, 2010 – We were targeted by the campus police because we are queer/trans kids, the result of that ended in the pigs using excessive force against us.