I drove my Niece to work at the Mall and Mom and I lunched at the food court.

At the Jugo Juice, I noticed an older woman staring in some horror as the clerk prepared my wheat grass juice.

I shared a story of another Jugo Juice at another mall, downtown, where a young girl child gasped in horror, asking her Grandmother “what is that lady drinking?”

after such a healthy choice, I got  the uncle burger from A&W while Mom opted for Ginger Beef on rice from another food stall.

Afterwards, we went to London Drugs – where standing in the aisle of BBQ tools; she was picking out a set that was on sale for my sister.

I said to my Mom “You do know that I have every BBQ tool known to man?”

The woman London Drugs employee had a similar look to the woman horrified in the mall, but this one tilted towards more amusement than shock.

The last stop was to The Dell strip mall and it has indeed been stripped.

The Face of the building has has a serious lift and almost all the stores that were there are gone.

We made it to the Dollar Store, which is closing – and this is surprising, since it was an anchor tenant – along with the completely gone Value Village.

The Dollar Store did not have the garden gloves that my Mom wanted, and I suggested, just for exercise to stroll the aisles. She did pick up some coffee filtres.

Anyway, at the front of the store, there was a male customer who was confusing customer service at a store with bar behavior.

I watched their encounter, watching to see if or when, I should jump in.

He lingered near the checkout and I moved quickly into line to signal that “his” turn was over. He did leave.

I apologized to the young Metis clerk “I do not know why men confuse customer service with flirting.” Perhaps comisserated was a better word.

I told her that when I was her age in the 1990s, I worked at a Video Store that had an adult section and some guy came out of it one time, looked me right in the boobs and asked me out.

My Mom paid and commiserated about the store closing, would her job transfer?

I told her to get a reference letter and resumes are a numbers game.

She looked down for a moment, “the problem” raising her eyes,” is that people hire their own. It’s like you have to have your own business.

She said she was thinking of going back to school.

I encouraged that and said offices have their own challenges too, and it’s frustrating to know that The 1970s Happened and given Elevatorgate, nothing has changed at all.

2017 and women in America do not have equal rights and the rights that they had, have been reverted back to 1979.

Let me translate this article…”Watch out for all white males who display any form of nationalist tendencies, they are literally the worst…”

creepy ineffectual males who blame women for their career failure – and immigrants for taking the jobs, and also the queers for their sexual insecurities. 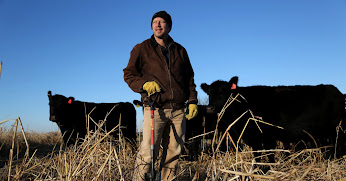 In America’s Heartland, Discussing Climate Change Without Saying ‘Climate Change’
The New York Times
A feature in the New York Times examined how climate change is being tackled in America’s heartland by people who are not overtly concerned or even believe in climate change. By focusing on the benefits of environmental protection, and taking the political sting out of the discussion, many people are more willing to take action, Even as conversations about the subject remain contentious, the environment is becoming a concern no one there can ignore.

We must have these conversations if we are to come to a consensus..

I can actually see a lot of truth in this assessment of the mid Americans perception. We just need to approach it in a different context. I certainly could hear the “Farmer” in their thought process. Interesting.

In other words, sneaking truth past their brainwashing-installed defenses.

Yes, it is difficult enough to explain at an average level, but having to go another level down the population IQ-o-metre….
reality is not a consensus or majority vote, adapt or die is the discussion that denial has delayed. majority rule is the democratic mob, and the USA was a republic and is now a theocracy.