Posted on November 9, 2016 by dykewriter

Where ever the Republican Party started; it ended in the 1960s

abolition of slavery and the temperance movement; not suffragettes

Nixon was the last of that Old Guard Cloth Coat Republicans – what the Demcrats where under Bill Clinton, it’s a 15/25 year slide thing – each party takes a side and normally, agree to a middle – but that ended 9/11.

Only sides now, no middles left, most of the population have developed a cynical apathy – and I am unsure what portion of the USA actually did not vote, such as the Brexit 48% learned before: the extremes mean what they say.

In the 1980s, B-Movie Amiable Actor Ronald Reagan turned the New Deal South into the new Moral Majority Righteous Base.

The preachers who rose to fame, like Jim Jones had been courted by politicans as insta-crowds and voting blocks. Megachurches fill this roll now – Think of American religions as private operators and the Catholic Church more like a Franchise with an HQ.

Oddly Pro Business that requires science, but no science allowed.

If Biologists had been able to convey their actual findings of homosexuality in other species in the 1960s – or we’d known about the bonobos before the chimps – we would have created a very different construct of a modern era human.

Sep 4, 2012 – What the GOP thinks about sex ed, fracking, abortion, stem cells, … “If we are to make significant headway against breast and prostate cancer, …

Stem cells are classified as undifferentiated cells, one that has yet to evolve or be assigned to a specific function by the host body. A stem cell would continue to …

We Fact-Checked the Science Behind the Republican Party Platform

Clarence Thomas vs Anita Hill allowed the Black Men into the White Men’s club and pushed women under the rights bus.

Log Cabin Republicans give a mainstream queer veneer to the Party that does not want them as a member.

The Republican Party also once ran KKK Overklansman David Duke as a nominee. so they extremes change sides and right and left eventually circle back around, eh? Jan 8, 2012 – In Iowa, the Republican presidential contenders tried to outdo one another in attacking reproductive rights as they sought the support of …

Proof of the GOP War on Women – Politicus USA

War on Women is an expression in United States politics used to describe certain Republican Party policies and legislation as a wide-scale effort to restrict women’s rights, especially reproductive rights. … Republicans have tried to turn the phrase against Democrats by using it to argue hypocrisy for not critiquing sex …

Bush The Elder and Bush the Lessor – who also won by electoral college rather than popular vote.

Were Republicans really the party of civil rights in the 1960s? | Harry J …

Republicans – Moderate and Liberal Republicans supported civil rights. … The Democrats moved away from the conservative position against racial inclusion, …

Jul 8, 2015 – Blacks know that Republican Barry Goldwater in 1964 ran against Lyndon Johnson, who was a champion for Civil Rights. They know that Barry …

The Dixie Chicks are owed serious sorry; given the disrespect that has been heaped on Obama for the last 8 years and being the knee-jerk driver behind the Hillary hatred and threatening civil insurrection if the Democrats won. Sharp Divide Between Republicans and Democrats on Energy and …

The Republicans vs. the Environment – The New York Times

Oct 14, 2011 – Mr. Waxman, whose staff compiled that grim tally, can recall a time when Republicansvoted for bills to protect the environment, as happened in …

Meanwhile, today expecting those who voted for stability to dot dot dot

The Republican Party once positioned itself as the Party of Family Values – it was code for anti queer. Has always fought against “women” on reproductive rights, equal pay and safety and equality – has now become the leading proponent of Rapist Parental Rights.

A Case Study of Republicans vs. Democrats on FEMA | Mother Jones

Oct 30, 2012 – A Case Study of Republicans vs. … Witt was the first FEMA head who came to the position with direct experience in emergency management.

In the last few decades, Pluto has been demoted as a planet and several demi-planets have been identified and even a planet beyond pluto.

Trump’s dodge—that he has no businesses in Russia, so there is no connection to Putin—is a classic magician’s trick.

Private Sector Interests are planning to colonize Mars in an attempt to save some of Earth’s life.

Frankly, I vote for seed and a water ingredients to terraform it and the three c’s coffee, chocolate and cannabis. and how does one obtain a red planet ticket?

Mar 10, 2015 – Tensions between the White House and congressional Republicans escalated Monday after 47 Republican senators sent a letter to Iran’s … 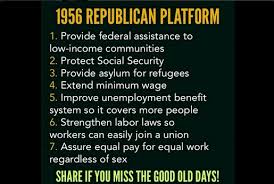 From Our Solar System to Another?

Chocolate vs Carob vs Milk Confection