I am a bit late to this show – it being in the 4th season.

A Canada and Ireland co-production – finally a show about Vikings that they don’t sound Scottish. They sound like Vikings. 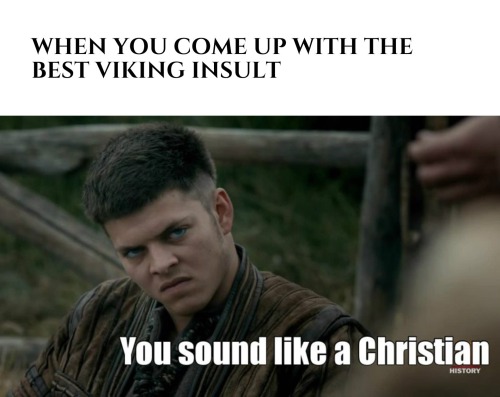 However, I have very serious doubts about the historical accuracy of much of it, culture wise especially. Blending real actors and CGI allow for that seemless of the natural to the supernatural world.

It is more visceral than the Musketeers and less pornographic than Spartacus. There remains a trend in entertainment to keep up the sex and violence or rather the violence being more socially acceptable than the sexual aspects by going back in time to period pieces to show us how much we are still racist, sexist and whatever-it today, by showing characters in the past who wanted or tried to be different. cheap and easy drama and no one ever gets to learn to solve and resolve things without violence.

when you’re a hammer, all you see is nails. With Digital TV not being as instant on in same quality as analog broadcast tv, and that watching the show along with everyone else – netflix and it’s throttling of, sorry, not available now… might bring back a return to physical products…

For a Viking Earl – and they didn’t have Earls, Bryne is too much an Italian Mafia in the grip of paranoid chaos and is clearly a leader out of control with the random killings.

for the supposed brutality of the “vikings” in the show, the murders are rather swift and merciful even as they are purposeless.