Rook n roll singer Elvis Presley, his army stint nearly at an end, is greeted at Ft. Dix. New Jersey on March 3, 1960, by the 19-year-old daughter of Frank Sinatra. Nancy Sinatra was on hand to greet Presley who flew in from Germany for discharge. Presleys first TV appearance will be on the Frank Sinatra show. (AP Photo)

The Frank Sinatra show began with Nancy Sinatra greeting Elvis landing in New Jersey, in a snowstorm and would be performed and broadcast in sunny Florida. 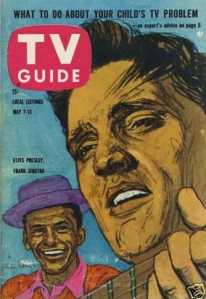 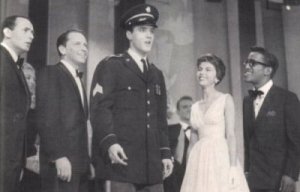 Florida was where Elvis caused the riot by standing still and only moving his pinkie finger in the 1950s. Elvis spent some time at Graceland, then took a train to Florida for the show. 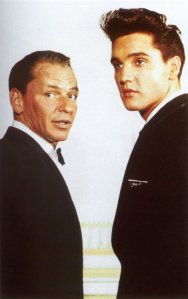 June 24, 1965 – Elvis donated $50,000 to the Motion Picture Relief Fund. Frank Sinatra and Barabara Stanwyck showed up to accept the cheque. MusicWorld: What is with these snidey Sinatras? 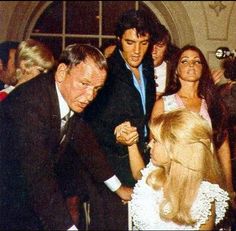 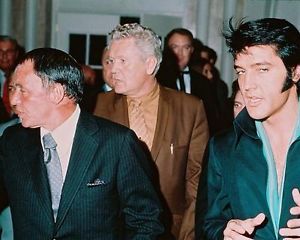 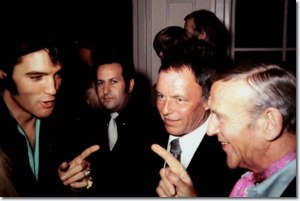