ElvisWorld: Way Down in the Jungle Room

Posted on September 7, 2016 by dykewriter

September 07, 1957
There was another session at the Radio Recorders from noon till 8.00 p.m. However there was still one song for the new Christmas album missing, so Leiber and Stoller wrote a new one. This was the bluesy song: Santa Claus Is Back In Town, which Elvis liked very much.

This made Scotty and Bill write a letter of resignation and they expressed their long-held feelings of resentment towards Elvis. D.J. declined to go along with them. This all gave some bitterness on both sides.

September 07, 1970
On his last night in Las Vegas the Colonel negotiated an additional 3.30 a.m. show at the cost of $12,500.
The International Hotel presented Elvis with a wide gold belt. It had the hotel logo on it and the words: “World’s Championship/ Attendance Record/ Las Vegas Nevada/ International Hotel”. The belt supposed to be worth $10,000 and Elvis even wore the belt often and with pride.

Elvis Presley’s last studio session was canceled because of Ginger Alden, not Elvis having a cold. Elvis did his 1969 seminal sessions with a cold.

Other than concert soundboards, RCA’s last time recording Elvis was at Graceland.

Elvis was reported not keen on the session and spent a lot of time showing the musicians and technicians his motor cycles out on the driveway and his badge collection.

When I first both the Elvis Blvd lp. ,the store clerk explained it was not a concert album, but recorded with Elvis and the musicians together,  old school. By the 1970s, everything was recorded separate for optimal sound.

Elvis was always about blended, merging his vocals with the back up singers and his body with the band.

Way Down in the Jungle Room is the new Sony release to the public, following on the Elvis collector FTD Jungle Room Sessions.

I played cd 2 first, the alternative arrangements and studio banter.

at 48, listening to these songs is a lot different than when a teenager.

When Elvis worked, he was magic. On record he worked best with spareness and the original releases certainly suffered from the Felton Jarvis added horn sections.

the original feel overproduced and phoned in.

these are Elvis raw and working. Merging Country with Superfly for a Jukejoint Swamp feel.

vs Bitter they are.. the divorced and left with the empty home

we wanted Elvis to be just a rocker, Elvis taught how much more that was 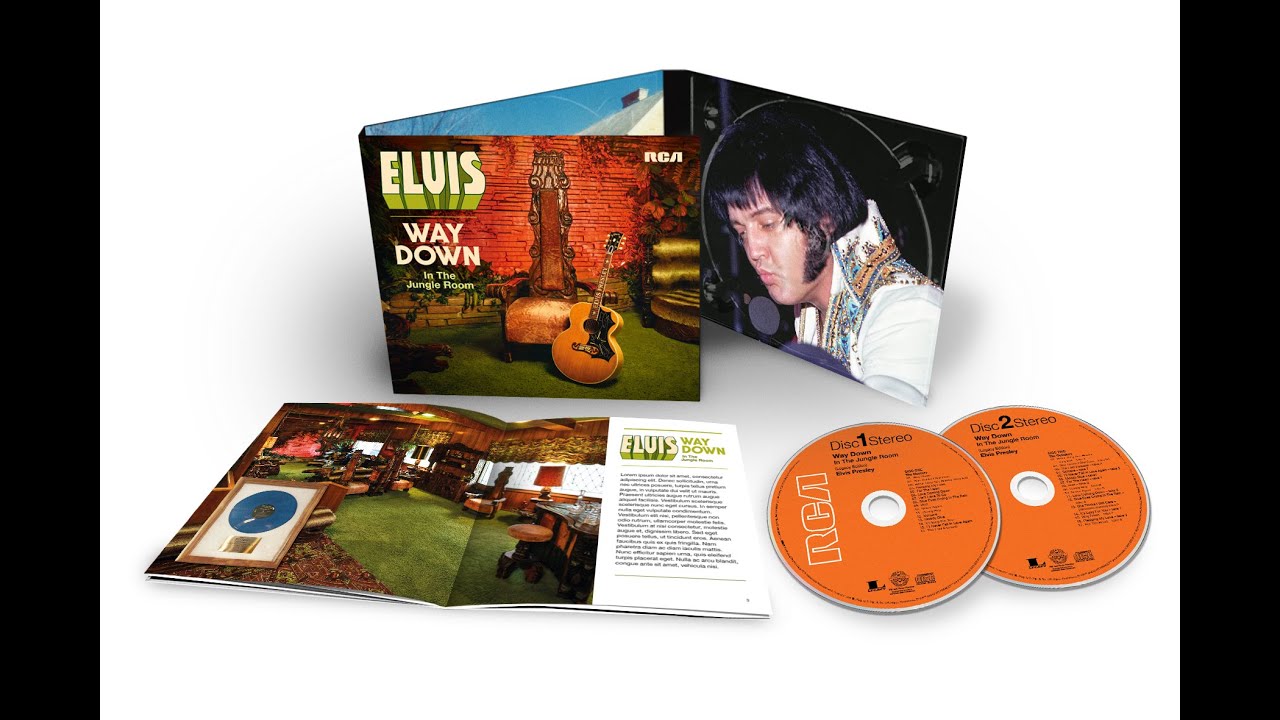 Related on this blog

2 Responses to ElvisWorld: Way Down in the Jungle Room