Weebles Wobble They Don’t Fall Down 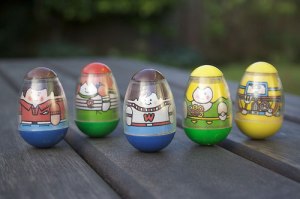 the source doesn’t matter, it’s the patter of the words

chanting is about unfocussing the mind toward mindfulness

sound the tone and the vibe, pleasant and soft or cutting one’s sight

An Ode to retail therapy

Gen X as adults is why you are now seeing colouring books at the grocery store.

Childhood as therapy, Inner Child Healing, because that is how  deep most people’s wounds go, and as their family does, so turns the world…

Is there a god or a ghost in the wetware machine – Human Brains are the only currently known quantum computing, being able to entertain ideas without adopting them, and being able to maintain contradictions balanced with cognitive dissonance.

Is the emergence of Autism a new evolution or one that has become punctuated, given the advent of modern medicine greatly altering the infant mortality rates in secular nations?

Brains: Use it or Lose it – How to Code and Re-Code, Recovery and Recompile

GIGO – Garbage in, Garbage Out

PotWatch: Reefer Madness was not a documentary.

Related on this blog

The Survivor Stories: NDEs, Aliens and Satan Oh My!

Elvis Presley died aged 42, alone in the bathroom of his mansion, Graceland. He was known for his energetic performances, his beauty, his voice, and was the most famous man during his lifetime and today is represented in statues all … Continue reading →