I have been mulling over a chance encounter that I had this morning, in the lobby of my Mom’s doctor office.

After I confirmed for the receptionist that I was waiting for a patient, rather than waiting to be one, I sat down – not intending to speak again.

The receptionist and a women patient were having quiet the gabfest about another patient that this waiting room woman had referred.

This General Practitioner is closing down next week owing to retirement, so there is a practice going out of business because new doctors don’t want to be GP in family practice – they want to work walk in clinics and do process and procedure billing businesses.

Canada is supposed to have universal health care and this lack of actual family doctors is a huge problem – especially since there is not a parallel private sector practice waiting to serve on stand by – like the proponents of American style most cash gets the medical care dibs; meanwhile what we do have is medical professionals from other nations working in other service industries or at levels in the health care system below their education pay grade.

Anyway, the woman said something about male dominated workplaces and people having to get over themselves and just understand that environment.

I disagreed that the workplace does not have to be the lowest common denominator, that people have to realize that there is their private home life and then there is their work professional time.

She didn’t grasp what I said at all, as her response was that she had worked for a horrid woman manager and that she had quit that position, she’d rather do male warehouse work.

She was in her 60s, in a brownish polyesterish outfit that looked like it might have been original to the 1970s or perhaps an odd recent retro re production, but it was her carrot dyed orange hair that made it hard to imagine her in an office environment.

I shrugged and said that the vast majority of people quit because of a bad manager; which only demonstrated my point that people do not properly separate their at home person with their at work in this position professional with a fiduciary duty to a functioning workplace. Which is not served by catering to animal level conduct.

She actually reacted to my shrug with a flinch, I am unsure what impression she thought her story was supposed to have and when I used the $20 phrase “fiduciary duty” her eyes glazed over in non-comprehension. She wasn’t sure how she lost the debate, but she knew that she had.

Fortunately, Mom arrived from the back exam rooms and I got to exit stage left. 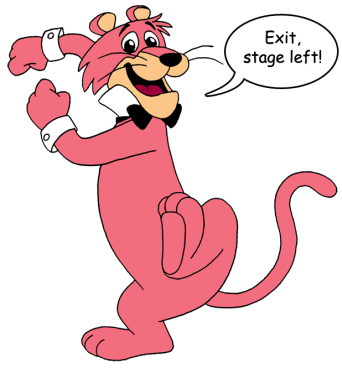 First wave 1970s feminism was so successful that by the 1990s, we thought equality was here… but it turns out that first wave is just the noisemaker round and those early gains of obtaining the vote were hard won in a short battle.

The battle for what those rights were that attached it to – employment/housing, social standing, personal sovereignty –  reproductive rights and marriage rights, freedom of expression.

It is this matter of not fitting into one box.

Political Correctness is itself politically incorrect; having been coined by USA President George H Bush (Bush The Elder) as a phrase to complain about not being able to be a bigot anymore – not getting to make the conversation only about him/his.

being Politically Incorrect is to put on a demonstration of begrudged inclusion and it is the last thing that anyone needs; and it is horrifying to see the Stockholm Porch Faggot Syndrome being espoused by the near white or not white saying they have silenced the poor white men.

White men are not excluded from power, even if some, many of them do not personally wield it.

who gets to talk about “it”

who frames the discussion leads the conclusions

Speaking as “demographic”, the point is noted and one’s demographic bias observed.

Speaking as “other demographic”, the demographic is noted and one’s bias point observed.

One one demographic I have a point and from another demographic perspective, haven’t a leg to stand one… such the social sands, turbulence, vortexes, tornadoes and whirlpools shifts.

Anyway, it is this alibiing, excusing and glossing over – whitewashing the bad conduct that creates toxic workplaces and that demonstrates poor management as well, people’s safety is more than their physical bodies, which stress really impacts….

so it’s not really men or women it’s really people.. making life harder than it has to be and work a misery

one of the reasons why people don’t speak up is not knowing that it is their right to and with rights, there are privileges and entitlements, but also responsibilities.

being given them, guarding them and safeguarding, so that others too will also have rights; and that they will mean something. 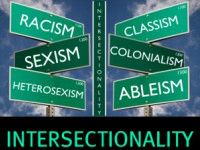 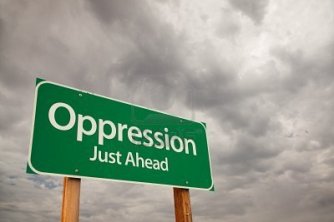 Dear Mens: it’s your turn to listen. Despite the recent Ujjal Dusanjh’s apparent confession of a conspiracy of using ethnicity to silence Men of no particular colour, white men are not missing from the public conversation and are in fact, … Continue reading →

Wesley Crusher was actually deservedly the most hated character in the Star Trek Verse because he actually represents what is the inherent flaw of the show – white male privilege. It is unfortunate that fans cannot separate … Continue reading →

Who is more persecuted than thou? Why can’t we just stop all persecution and not make demographic groups “earn” the equality that we are supposed to all have by law?   Being a lesbian, I cannot travel to most places … Continue reading →

This is not a post that I wanted to do.   To an Athlete Dying Young By A. E. Housman The time you won your town the race We chaired you through the market-place; Man and boy stood cheering by, … Continue reading →

Dear Bobby Jindal: This is why you will never be white enough even tho the historical Aryans lived in northern India and not Scandinavia Stockholm Syndrome? Externalized Self Loathing? Power Aspirations Not making you White enough? Ethnicity Disphoria? 20 Years … Continue reading →

4 Responses to How Workplaces Become Toxic