Ujjal Dosanjh gestures as he stands in the House of Commons during Question Period on Parliament Hill in Ottawa on April 20, 2010. Four former B.C. attorneys general, including Dosanjh, are calling for the legalization of marijuana, saying the current ban on pot is only fuelling gang violence and clogging the courts, but they’re not getting any support from the province’s current premier. THE CANADIAN PRESS/Pawel Dwulit

Despite the recent Ujjal Dusanjh’s apparent confession of a conspiracy of using ethnicity to silence Men of no particular colour, white men are not missing from the public conversation and are in fact, continually shifting it towards themselves by citing “public correctness” as the problem.

Inclusiveness is not the problem. Right now, it’s nothing but demographics playing more victim than thou and the hierarchy remains the same.

(in faccctttt Ujjal is Caucasian, the original Aryans are from India, where the world’s oldest civilization dating to the stone age occurred)

There are two instances that I am going to reduce this social dom/sub phenomena down to;  in order to throw it into very sharp relief:

The Elevatorgate – Women’s Safety in Insecure Locations and the cultural appropriateness of romantic/sexual approach vs rape/murder as the hypothesis Issue – however the resulting telling of Women on Social media to let Men flirt where and how and when they want – without any realization that they were dealing with their own target audience…seriously……why are there still heterosexual women?

Can men be trusted to act as civilized men and not animals? Apparently not, when the focus is then on the sweeping number of innocent men who will be tainted by the accusation, the crime is against the state and the victims are raped and silenced again. Left out of the equation of consideration in the pursuit of justice and protecting civilization.

Women’s receptivity to advances is what men need to learn to understand and that requires actually listening to women and paying attention to them.

so that’s gender as a microcosm. 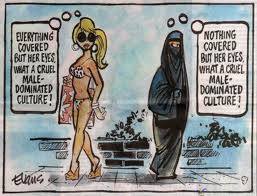 Here we have a definite clash of culture and it’s not really one of manners, it’s one of dealing with terrorism mixed with war migration and the line of civilization vs tribal barbarian anarchy.

So that way it becomes about Western Men, their failure to protect their Western Women – and it’s a culture of street life of a city and freedom of citizens to participate in it. 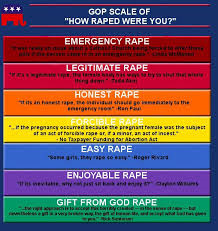 an armed society is not necessarily a more polite society because polite and civilized means allowing others to be as they are.

it means knowing that your right to swing your arm ends before someone’s nose’s air space begins.

and that you have to make your points with words and not knives or bullets; one is considered and the other coercive

SO, whether it is thug gangs of men spreading their terror through sexually violent tactics – this is no less horrifying than if they had sprayed bullets into crowds or chemical agents.

Or whether it is politicians who have taken the reproduction rights issue to parental rights for rapists – given what a lot of white men are saying, what I want to hear is the white men telling them that it’s not okay and to not make them look as bad. 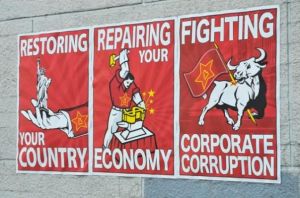 Dear Bobby Jindal: This is why you will never be white enough even tho the historical Aryans lived in northern India and not Scandinavia Stockholm Syndrome? Externalized Self Loathing? Power Aspirations Not making you White enough? Ethnicity Disphoria? 20 Years … Continue reading →

Who benefits from abortion clinics?

While it may have once been important to make a public stand for women’s rights – there is little benefit from rights when you are blocked and intimidated to access them. It also doesn’t serve the women needing the service … Continue reading → 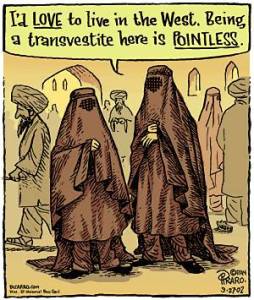 Elevatorgate’s Rebecca Watson showed the dangers of being a woman in the world – namely that pointing out said dangers in and of itself makes one a target. My Elevator Story I did a flippant post about Rebecca Watson’s Elevatorgate … Continue reading →

Would you trade your freedom and rights for a pretty boy who lives off the land and who’s goal is to die a martyr? Are women really that stupid and desperate for fixer uppers? What does this mean for the … Continue reading →

so many things we could be talking about and resolving, if not for religion, eh. conservatives are the status quo of history to be overcome for progress.

it was never about those who came before, but stewardship that there would be those afterwards. 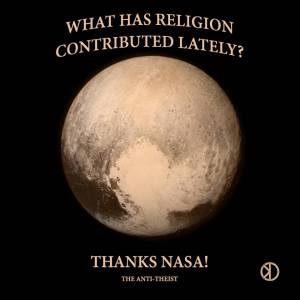 On “Why Evolution is True”

The ones responsible need to be deported back to where they came from.

western women are told to be glad they got their rights and are shut down from talking about other cultures or else be deemed an ism for being against a culture that is against women.

That is unfair to the Germans among the accused. And would US accept deportation of its citizens? The accused were a mishmash of nationalities.

And we should mind that there can be a huge risk for false positives, that innocents are accused, depending on the circumstances.

First you punish them, then you deport them if it is a repeat offense. (Or at least, that is what is done here, and I feel good about the safety of the justice system in that.)

In Canada, if a refugee or immigrant claimant does a crime, they do jail and then they are deported, it results in a denied claim. Germans who are citizens are punishable by law.

This was a planned and widespread attack on women and western values of equality of person. Each perp should be punished to the highest legal degree, including being kicked out back to the war zone they came from, where they clearly deserve to be.

This was a planned and widespread attack on women and western values of equality of person.

Do you have evidence of that, particularly the “planning” aspect of it (which under British law would be called “conspiracy”, and typically carries the same sentence as actually committing the crime about which you conspire.

you think that that many men spontaneously and independently decided to molest and rape women?

the balance of probably suggests conspiracy.

I would have no problem sending convicted offenders back to a war zone if what they are committing in Europe amounts to a war on women.

you don’t think a mass effort to cause sexualized terror is war? rape camps and comfort women…. “own women” are virgins and “other women” are whores and it is a disgrace to their men that they failed to protect the women.

honestly…. multiculturalism works both ways, getting along and understanding why we do not