The Day Elvis did LSD

Give us this Day December 26 our Daily Elvis

Elvis had a small party at Graceland with food provided by Monty’s Catering. Sometime over this period of Christmas time Elvis tried LSD. He had read about it for almost a year and wanted to try it himself.

Afterwards they watched a SF movie and ordered pizza. Later Elvis, Larry, Priscilla and Jerry walked out behind Graceland and talked about having such good friends and how much they all cared about each other. As for anybody knows this was the only time Elvis experienced with LSD.

In Priscilla Presley’s book “Elvis and Me”, she described the experience a bit differently. Everyone else was having their sensory experience while she had a bit of a meltdown, hiding in a closet with laundry – paranoia and crying, so likely it was this that ended further experimentation: bad trip fears.

LSD is one of the sacred drugs that was used by humans for centuries in religious ceremonies to alter the senses and confirm cultural confirmation bias.

How you go into it shape your experience, you find what you expect because it’s all what’s in your mind to start with.

Elvis, once high on life, and then, just high. and low and sleeping and all the things drugs do to you, too many for too long and they burn you out and kill you.

This was the first serious attempt at a documentary about Elvis – in 1980/1981 It followed on the heels on the Dick Clark produced Elvis (1979) starring Kurt Russell – who we first saw on film: Kurt went on to … Continue reading → 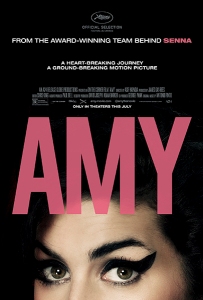 I had heard of Amy Winehouse before she died so needlessly, but I haven’t bought any new artists for a long time. I don’t listen to music radio station either. I also don’t watch award shows. After she died, I … Continue reading →

4 Responses to The Day Elvis did LSD