Movie Theatres have always been about the Candy

Movie Theatres make their profit at the concession counter. The ticket prices go to rent the film from a distributor.

ET launched the hell out of Reese’s Pieces – M&Ms had turned the movie down! While Batteries Not Included was pretty much a McDonald’s & Coke commercial 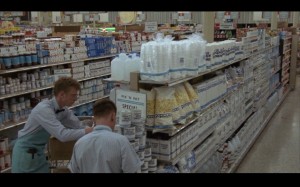 RepoMan’s generic labelling of products avoided the cost and added a commentary dimension to the film – as well as creating the man character’s interest level. 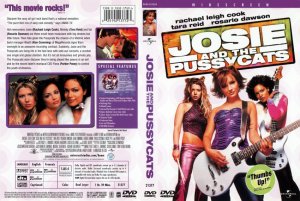 Rules of Writing: Product Placement or Placement for Products?

Somewhere I heard that it’s not a good idea to specify a particular brand for items used in your script because:

(a) using a brand-name product has cost implications–the producer will have to pay licensing fees to the owner of the brand (or perhaps get income from any advertising agreement); and

(b) it’s the director’s choice as to which, if any, brand to display on screen.

In other words, the screenplay should read “up-market coffee” rather than “Starbucks”, or “luxury sedan”, instead of “Mercedes”.

Does this make sense? Or is it just another of those so-called “rules” designed to frighten and confuse newbies?

I say leave it out of spec scripts: It’s just something to consider when you’re writing to build in placeholders to allow the producer to get $

Brat Packer Emilio Estevez’s early edgy movie Repoman became the first cult movie because of Satellite Broadcasting in the 1980s. The film did not perform in the theatrical distribution and was put into rotation on the satellite networks – where, … Continue reading → 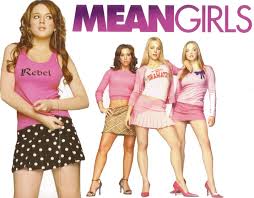 Life is about the watering hole

I was watching Mean Girls and decided to flip through one of my fave textbooks. This made me laugh out loud I used to use calligraphy pens and all kinds of colours to draw doodles and make notes so that … Continue reading → 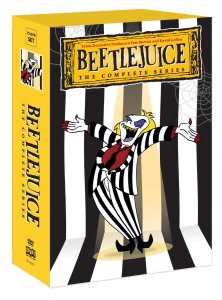 The Heathers star admitted she can’t believe how big the film has become among fans, revealing she often has to perform lines from the movie. She added, “I hesitate greatly to say this… at airports, going through security, I have … Continue reading →

2 Responses to Movie Theatres have always been about the Candy