Posted on September 2, 2015 by dykewriter

As a civil service employee you are required to serve the public.

The idea of “no shirt, no shoes, no service” is actually not even valid in the private sector, and has no place at all in the public service.

You are not entitled to treat neither the public nor your co-workers in a manner that is less than courteous and fulfill the duties that you are paid to perform – hand out licenses.

You are entitled and not at all prevented from, once you leave the office, on your own time, in your own vehicle and in your own home – say whatever you believe or thing. Rant and rail all you want about not being allowed to judge people at work.

And do remind yourself that your job titled is clerk – not judge, eh?

People who are religious actually need to be deemed to have a mental illness – this idea of being entitled to control the lives of strangers and being offended that other kinds of people exist is very last century.

as much as women complain about men not being fair; women will throw each other under the bus to get in good with a man

Feminists threw the lesbians who helped that movement under the bus..so’s long as het women act like being called a dyke or a lesbian is a bad thing

I really can’t get behind women’s issues or ethnicity issues or gender/sexuality or identity anymore; people need to get the fuck over themselves and just be a person and let other people be a person.

it’s this controlling the identity of others where the NEEDLESS social friction is, impeded social stability and contribution and marginalizing peoples…conservatives are the status quo to overcome and why they are the wrong side now and need to be made history

but mostly, trying to know that I am actually communicating with people

I have run out of ways to say the sky is falling and the emperor has no clothes, eh

I’m not sure I agree with that. I do think, as Stern says, that Liberty Counsel made a grievous error in advising Davis to defy the court’s order. And God knows the firm is easy to mock.

(Its website features a statement by Davis that “to issue a marriage license which conflicts with God’s definition of marriage, with my name affixed to the certificate, would violate my conscience”—and beneath it, a request for a $25 donation in exchange for a book in which “two nationally-acclaimed real estate entrepreneurs share biblical principles to revolutionize your work and family life, and give you the courage to stand up for what is right.”)

But the stay application did a reasonable job of stringing together the Court’s loose rhetoric in Hobby Lobby to support the implausible contention that government officials have a religious right to refuse to serve people they disapprove of. 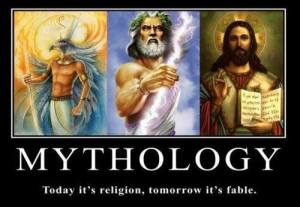 Godbot: a person who speaks in talking points instead of talking to a point. Pointedly, the religious trolls on internet forums and sadly, in person. The term was coined by Nina Tryggvason on the Topix.com atheist subform, and drew on … Continue reading → 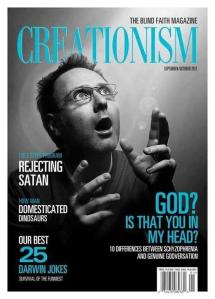 have you heard about that Pizza parlor in indiana? they raced to announce they would refuse to make gay wedding pizza and now they have no business and almost a million dollars in donations for them no one even ordered … Continue reading →

Here’s where the snickering must stop. Should government at any level in the United States accord members of the Church of the Flying Spaghetti Monster the same rights they would grant, say, the Amish, Orthodox Jews, or Catholic nuns? … Continue reading →

There is One Religion with a Grain of Evidence

The Canadian War on Queers

About the Book Selected for the 2011 Over the Rainbow Book List, a Book List from Gay, Lesbian, Bisexual, and Transgendered Round Table of the American Library Association From the 1950s to the late 1990s, agents of the state spied … Continue reading →

I went to college in the 1980s in Canada

and yes, by the 2010 decade there are now in Canada/USA more women at college than men; in fact, affirmative actions programs have been largely successful in many ways

it is the Smart/Stupid divide and it is gender blind

The bigger issue is the disappearing women across the workplaces and they are at home dealing with elderly parents and teens; or being business start ups because of the psychopathy of the corporate world

rather than clear groups

so that there is no more mainstream, everyone is their own personal sub-culture

in Web 1.0 I stumbled on a site that I thought was a comedy site, it was encouraging pregnant women to drive in HOV lanes in order to use traffic law to define fetus as persons.

Traffic Law is not the way to limit human rights and in actual fact, born children do not count for HOV purposes as they do not drive alone. It is a commuter perk for car sharing, not a heterosexual entitlement.

Nathan Poe observed that genuine extremism is not easily to tell apart from parody of it.

that should tell you everything about the sanity of religious people and why religion is mental illness – lack of humour.

we also need to realize that they mean what they say and they are confused when they are made fun of and not regarded as martyrs.

this idea that everyone is actually reasonable and good is just not supported by history or currently available data, particularly since “good” remains value laden and highly subjective.

Life is offensive and people have various methods of coping. Control Freak is rarely an easy path.

3 Responses to Dear All regarding Kim Davis, et al