The Beatles vs Jesus and India

“Christianity will go. It will vanish and shrink. I needn’t argue about that; I’m right and I will be proved right. We’re more popular than Jesus now. I don’t know which will go first, rock ‘n’ roll or Christianity. Jesus was all right but his disciples were thick and ordinary. It’s them twisting it that ruins it for me.” John Lennon, published in the March 4th 1966 edition of the London Evening Standard.

The Beatles  were rebels and Elvis Presley, while revolutionary, was not a rebel.

They didn’t just make the older generation shake their heads and fingers, they made their mouths drop open in shock.

In the opening train sequence of A Hard Day’s Night, the 4 lads face off against The War Generation, and in response to the older disapproval, Ringo quips “Sorry you won now?”

Elvis Presley lead the teenage charge into adult hormones, but The Beatles lead the next group of teens not into conformity, but into questioning authority and social norms.

The Beatles didn’t leave America to go home to the UK, instead, they toured the world and went to India. They learned transcendental meditation and discovered the spiritual guru was more interested in their girl entourage than lessons.

Magical Mystery Tour you never knew what to expect from The Beatles, and too often their successes are compared to his missteps. While they merged their public personas closer to their authentic selves – Elvis maintained his “humble country boy” image and kept his spiritual quests behind closed doors. 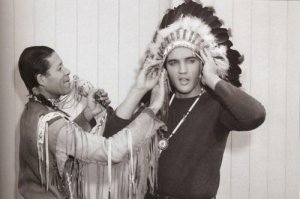 In the 1970s, Elvis jumpsuits were patterned on Karate Gis and reflected a wide range of cultural and mythical themes, Elvis as the superhero of comics, complete with cape!

Elvis’ active career spanned 1954 t0 1977 and The Beatles broke up before Elvis died. It is unlikely that they would have reformed, but 1980 and Lennon’s murder prematurely settled the question.

The Beatles are the iconic Boy Band and Serious Music at the same time, and I have to wonder if it had been The Blue Moon Boys instead of Elvis with Scotty and Bill – how things might have been different for Elvis as part of group instead of going solo….

The Boy From Tupelo who would be king

from King to a Legendary Figure 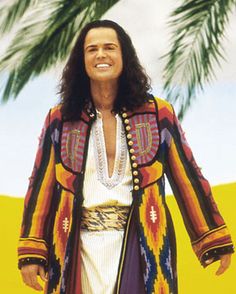 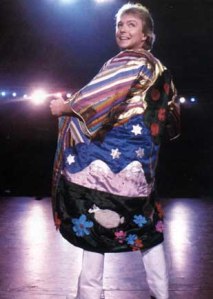 Teen Idols vs The King at his peak, Pharaoh Elvis 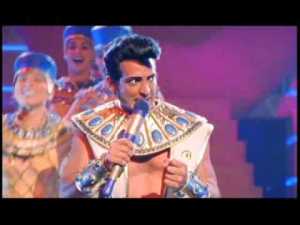 http://www.telegraph.co.uk › News › News Topics › How about that?

Nov 21, 2008 – Saturday’s edition of the Vatican’s official newspaper absolves John Lennon of his notorious remark, saying that “after so many years it sounds …

Indian temple abandoned after the Beatles visited is now a …

Jun 25, 2014 – It was the home of the Maharishi Mahesh Yogi, guru to the Beatles, and … But now the long-abandoned ashram in Rishikesh, India, near the …

Also on this blog:

Before Elvis, no one had heard of being a rock star; then, everyone wanted to be one. Copied Elvis’ stagewear – everyone wore jumpsuits in the 70s and bellbottoms David Cassidy and Shaun Cassidy with Parker Stevens Leif Garrett and … Continue reading →

The post war boom of the American 50s gave rise to the idea of teenagers as a marketing demographic and Elvis was the head teenager.   Rocksploitation flicks flourish with Jailhouse Rock the most stylish to Rebel Without a Cause’s … Continue reading →

Musicworld: The evolution of Boy Bands

First, there was the 4 elvises aka         The Beatles a smart one, a cute one, a serious one and Ringo.   Then, there was across the pond, a response hey hey we’re the monkees     … Continue reading →

9 Responses to The Beatles vs Jesus and India