Too Young to Go (Jon-Erik Hexum) 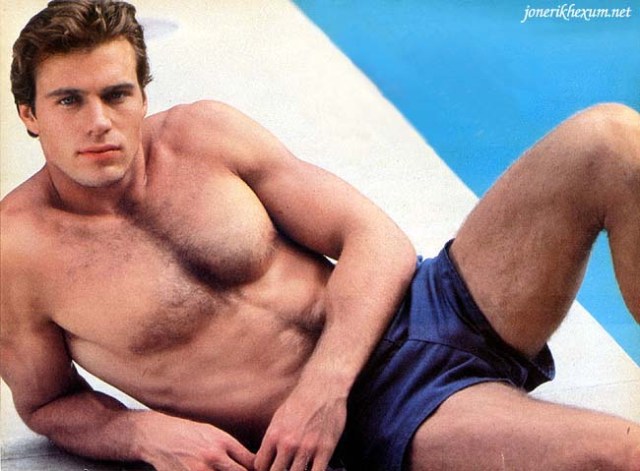 You came careening onto the scene
As if, from another planet you came
With wavy hair and eyes of blue
And you put your claim on fame

You worked and sweated, perfecting your skill
But no matter how good, Voyagers flopped
Fortunately you tried again as a Male Model
When it was viewed, lots of eyes popped

Your face donned covers form teen mags, rags and playgirl
Your poster is great, it hangs on my wall
I bought everything that ran a picture
For you, gladly, 100 miles I’d crawl

You did the Bear, thought still unreleased
Then jumped into Cover Up, as we all know
Your career was just taking off, but you died
It’s hard to believe but 26 is too young to go

Remember the days when if you wanted to watch something, you had to do it when it was broadcast?

When I lived in Chilliwack in the 1980s, we did not have cable and we only got three channels. I think one of them was French……heavy sigh…..

In any event, I had managed to see the Model tv movie twice, but I never saw any of the other few things he did before the prop gun accident.

The gun that killed Jon Erik had a blank round. He was playing with it, russian roulette style and pulled the trigger.

The shock wave of the blast being that close to his temple, shattered it, sending him into a coma.

He was an organ donor, so 4 people’s lives were improved and one was saved with the heart transplant.

ah. the silliness of a fannish teenaged girl…….

so easy to write of love, when you have no clue

most people probably know this version better….but it’s not the original

seriously it annoys me when people say Elvis did cover versions

3 Responses to Too Young to Go (Jon-Erik Hexum)