I have been collecting Elvis books since 1979

it’s is really great to finally see Elvis being written about in scholarly cultural terms instead of trash talk or the internal bickering of the Memphis Mafia on display.

to my mind, the only thing you really need to know a person is about who their role models are.

so people who consider Julius Ceasar and other such conquerers

you turn into what you model yourself on

and while impersonation is the sincerest form of flattery

To Thine Own Self Be True

and as the second Great Bard sang the first’s words

or a non-player character.

‘Elvis Presley Historical and Cultural Perspectives On A Modern Icon’ New E-Book: A new book by author Ben Griffin, not about Elvis’ music but his impact on society. The author notes, “I was never a huge fan of music but I became interested in Presley when I heard a radio show about him over twenty years after his death. Presley was called a white man who sounded black on this radio show. I thought that was very interesting and it got me started. Presley’s controversial days are over, rock ‘n’ roll is part of the culture now and being a rock star, well, rocks.”

Elvis Presley has made a mark in history beyond his lifetime. While not a giant historical figure on the scale of Plato. Julius Caesar, Washington, Napoleon or Stalin, he still commands attention. Presley has a legacy that is still controversial as a man who rose up and made it to the top of his field, rock ‘n’ roll music.
Presley has a cultural legacy in the English language with expressions that few other artists have. He is part of the culture in ways that go beyond the music. Rock music in the 1950s spurred social change and Presley was not the first, but permitted others to follow. 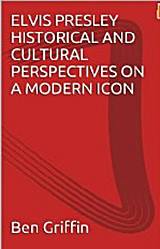 This bio pic presents the closest up view of Elvis almost from his own POV.

The acting is great – Cameron Manheim is brilliant

I think this is the first movie that touches on Glady’s alcoholism.

But the revisionism of some of the scenes. No one knew about Col Tom Parker being an illegal alien until the mid 1980

when the Elvis estate sued him

and he tried to avoid the sue by saying that since he wasn’t American he wasn’t subject to the law or something equally silly.

And presenting Elvis’ genuine disappointments with his career was truthful, but placed too early in the actual timeline, but that’s easy to let that aside.

Jonathan Rhys Meyers has displaced Michael Saint Gerard as my fave actor to have played Elvis.

When I saw Bend it Like Beckham, my only thought was.

and it occurred to me

that that was kinda Elvis’ undoing in movies

He had the acting chops in turns of emotional range. King Creole and Flaming Star show that.

He had the pathos – Wild in the Country and Jailhouse Rock

from the toffee nosed Tupelo to the cooler Memphis

and over time, his voice aged

Elvis was an opera singer at the end

Elvis went to Europe and got that veneer

I had the thought during the viewing that my fave biopic of Elvis is still Elvis meets Nixon.

but how cool would it be to have a movie about Elvis’ relationship with Howard Hughes.

but in the 1970s, they had several phone calls.

it’s a little known thing about Elvis that he was actually germ phobic and had eating disorders associated with depression.

thus the cycle of binge eating, then binge spending.